After a turbulent start to the FIM MotoGP World Championship season 2021, the Ducati Lenovo Team had been written off by many experts in the paddock.

But at the Circuit de Jerez Angel Nito on Sunday (May 2nd) the Australian was the ultimate opportunist when he pounced on a serious problem in which Fabio Quartararo (Monster Energy Yamaha’s MotoGP) was off a comfortable 2 second lead fell on outside the top ten in just a few rounds.

With Miller on the podium stood the new FIM MotoGP World Champion Francesco Bagnaia, who was the first Ducati 1-2 in three years, and Franco Morbidelli from Petronas Yamaha SRT.

When the MotoGP caravan moves to Le Mans for the fifth lap, Bagnaia is leading the title hunt in the premier class for the first time in his career, but next time he is only two points ahead of a Frenchman on home soil on fire. 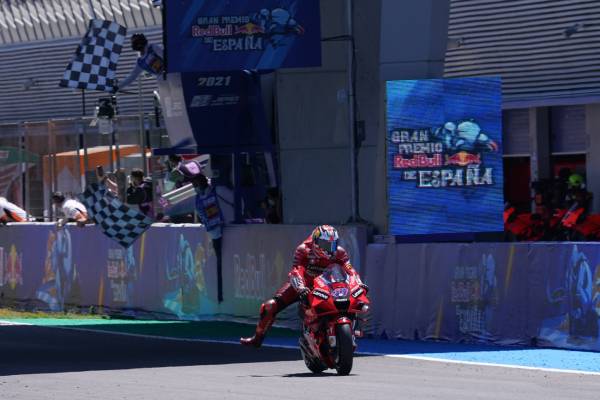 The Australian rider has admitted in the past few weeks that he was in the trenches after a disappointing start to the year, but he certainly gritted his teeth and buried himself in.

Quartararo could only be a tenth faster than the Ducati man with a gap of three quarters of a second and seven laps. 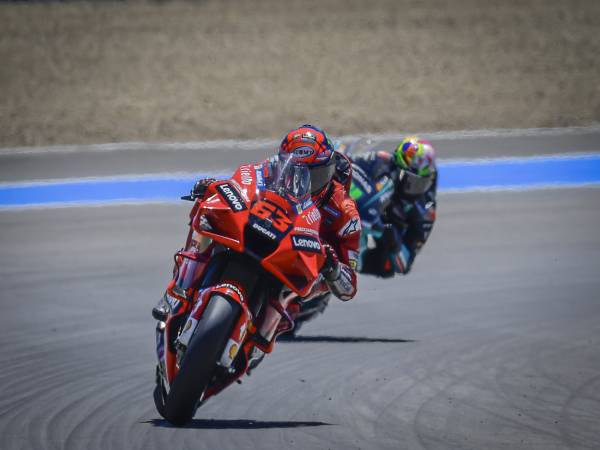 A first 1: 2 for Ducati in just under three years and the first they ever had in Jerez. 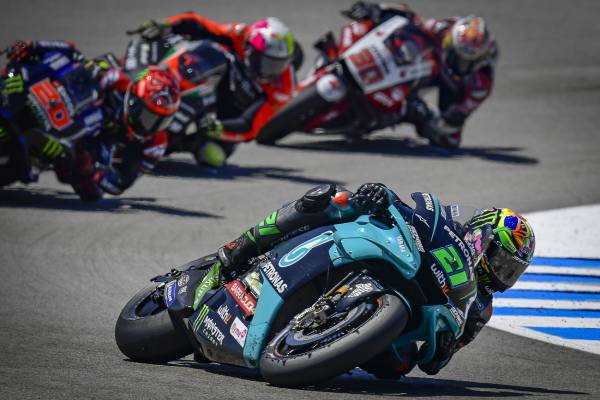 It was a great joy for Morbidelli, also as third – another man who silenced some doubters.

The Italian hit his chest with joy and then declared it “as good as a victory” at Parc Ferme. 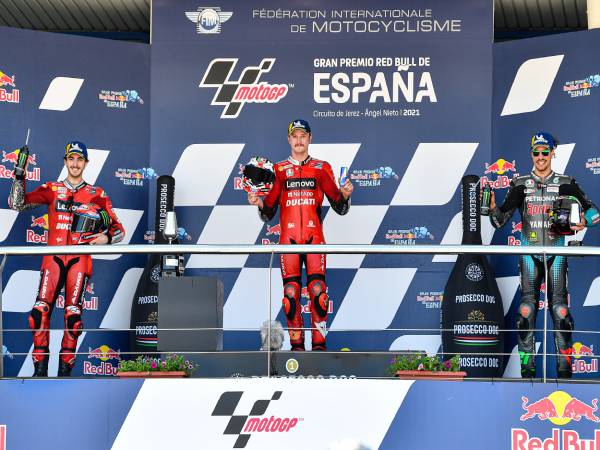 For the first time in 15 years

In the end, the SpanishGP was a thriller with nervous final laps when the number 43 stopped and Miller took the checkered flag of a MotoGP race for the first time since the 2016 Dutch Grand Prix. It was also Ducati’s first in Jerez in 15 years.

Quartararo eventually hobbled home in thirteenth and, as a result, gave up the leadership of the MotoGP World Championship in Bagnaia.

(By special agreement with Dorna Sports)

You have already subscribed