Ahead of the Portuguese GP, get a lay of the land as the Suzuki rider discussed his choices from Portimao

MotoGP™ returns to action as the Algarve International Circuit plays host to the opening Grand Prix from the European leg of the 2022 World Championship. It’s set to be another thrilling weekend of fun at the Portimao rollercoaster. With the return of racing, comes the return of MotoGP™ Fantasy, so how are things shaping up in the popular game? 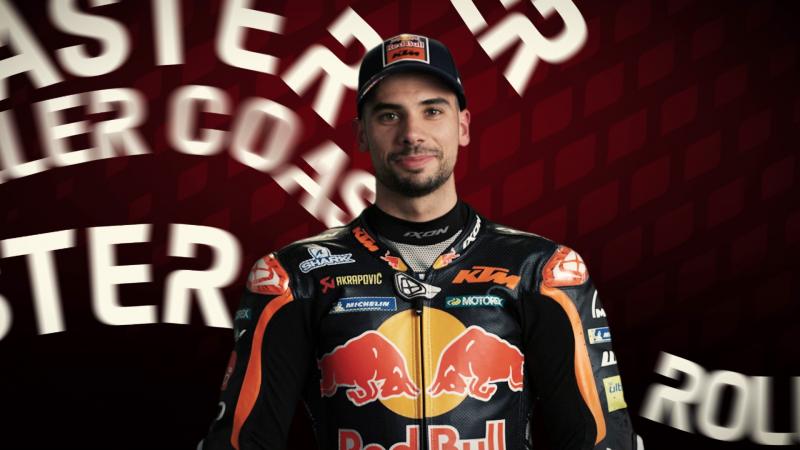 Who made The Americas GP Dream Team?

There’s little surprise in seeing Enea Bastianini (Gresini Racing MotoGP™) rake in the points as he took a second victory of the season to seize the Championship lead. Coming from fifth on the grid and setting the race’s fastest lap saw him collect a healthy 44 points for gamers who had him in their team as a Gold Rider.

Consecutive podiums have seen Alex Rins (Team Suzuki Ecstar) jump on the Championship standings to second, and also to second in the MotoGP™ Fantasy rider standings with 102, seven behind the title leader Bastianini. 38 of those came in Austin thanks to his P2 finish from a P7 start.

Jack Miller (Ducati Lenovo Team) completed the podium a fortnight ago and as a result, picked up 25 MotoGP™ Fantasy points along the way, if he was your Gold Rider. However, the Aussie has to settle for a Silver Rider place with 12.5 points on MotoGP™ Fantasy’s Grand Prix of The Americas Dream Team.

Rounding out the best four riders from COTA is the man who came fourth, Team Suzuki Ecstar’s Joan Mir. The Mallorcan’s efforts from eighth on the grid to just outside the podium places meant he collected a tidy 12 points for the weekend’s Dream Team.

Who came out on top in the constructor battle?

It was a close run affair between the manufacturers, and despite Suzuki’s 31 point haul, the double podium of Bastianini and Miller meant Ducati brought home 34.5 points.

Who should I look out for at the Portuguese Grand Prix?

The European leg of the 2022 Championship gets underway on Friday at the Algarve International Circuit, and there are plenty of riders giving MotoGP™ Fantasy gamers a headache. Bastianini and Rins are the top two in the Championship and showing good speed so look obvious choices, but that run of form has made them even pricier, with both costing in excess of 3M.

Fabio Quartararo (Monster Energy Yamaha MotoGP) was victorious at this fixture one year ago, while Francesco Bagnaia (Ducati Lenovo Team) took the win at the Algrave GP last time we visited Portimao, but as of yet in 2022, neither has showcased the form that made them such pre-season favourites. At 4M and 3.5M respectively, they don’t come cheap either. The same can be said for Mir, who finished among the top three twice at the Algarve International Circuit last year, but at 4.3M, he is the most expensive rider in the game.

If you’re looking for value, then there are some options out there. Miguel Oliveira’s (Red Bull KTM Factory Racing) spiky form has seen him experience the highs and lows of MotoGP™ in 2022. Three underwhelming rounds are mixed with the joys of victory at a wet Indonesian GP from Round 2. Priced at 2.6M, he is eminently affordable and with the conditions predicted to be far from perfect, could we see another wet-weather masterclass from the hometown hero?

Fresh from a podium at COTA, Jack Miller may be another smart addition to your team at 3M. The Aussie looks to have found feeling with the GP22 as we return to Portugal, where he has been on the rostrum twice before. It’s something that Alex Rins is aware of, as he included him as a Gold Rider on his MotoGP™ Fantasy team earlier.

The Suzuki rider also included Pol Espargaro in his side. The Repsol Honda star is another rider who has experienced mixed fortunes from the opening four rounds, but will a return to Europe help him find more consistency onboard the RC213V? He can be yours for 2.4M.

There are of course a number of other options available to you, as it continues to prove impossible to separate the field. The likes of Marc Marquez (Repsol Honda Team), Aleix Epsargaro (Aprilia Racing Team) and Brad Binder (Red Bull KTM Factory Racing) among others will all want to have their say over the weekend. Ensure you make the best possible choice for your team by following Friday Free Practice, which gets underway at 09:00 local time (GMT +1).